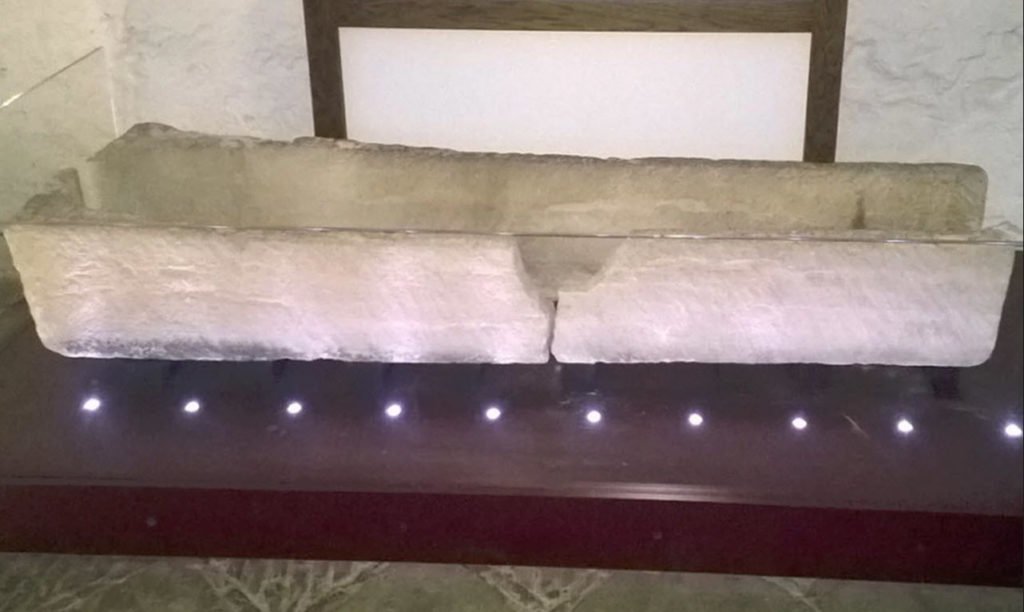 A couple wanted a picture of their child inside an ancient sarcophagus. That’s when things went wrong.

On a recent visit to Prittlewell Priory Museum in Southend, Essex, a couple placed a child over an exhibit barrier and inside an ancient sandstone coffin in the hopes of snapping a morbid photo. As a result, part of the sarcophagus—which was already in three pieces—fell to the floor, and a chunk of it broke off, according to the BBC.

The family fled the scene without reporting the damage but were caught on the museum’s security camera.

Conservator Claire Reed, who has been charged with restoring the coffin, said the incident was “upsetting” for the museum staff who “strive to protect Southend’s heritage for the benefit of our visitors.”

In a statement, Ann Holland, Southend’s executive councillor for culture, said: “The museum conservator is currently assessing the damage to the coffin and will carry out the repair using materials and techniques suited to the object.” She added that the area around the coffin would be cordoned off but that the affected part of the museum would re-open “as soon as possible.”

The incident follows a spate of visitor mishaps at museums in recent years. In 2014, a visitor to London’s Tate Modern spotted a child lying on a Donald Judd “Stack” sculpture. In February of this year, a selfie-taker smashed a Yayoi Kusama pumpkin sculpture at Washington, DC’s Hirshhorn Museum. In July, a woman damaged $200,000 worth of art while taking a selfie at a Simon Birch exhibition in Los Angeles. And just last week, at the Center of Fine Arts in Brussels, a man stepped into an Yves Klein installation—a bin filled with International Klein Blue-colored sand—leaving a trail of blue footprints throughout the museum.

Source : A Family Breaks an 800-Year-Old Coffin in a Failed Museum Photo Op